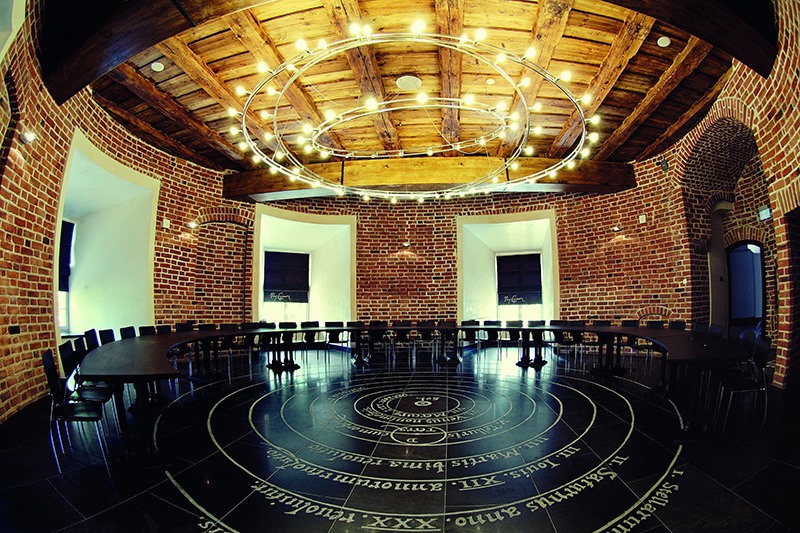 Hotel Krasicki is located in the heart of Lidzbark Warminski, a city of ages determined Pearl of Warmia. Fabulously situated at the confluence of the rivers Lyna and Symsarna, Hotel Krasicki **** is a historical residence of the Bishops of Warmia ward - the most valuable, visible testimony of history of Warmia and Mazury. Exquisite rooms and suites with gothic and baroque part of the hotel, refer to the style of the original aesthetic object.

Swieta Lipka - One of the finest examples of late Baroque in Poland. The architectural complex of the church, the cloister and monastery. The church has a remarkable organ, built in the years 1719-1721 by John Josue Mosengela. At the turrets bodies are placed statues of angels playing various instruments and moving during live organ presentations.

Wolf's Lair - In the very heart of the Mazurian forests you can find the ruins of Adolf Hilter's war headquarters. It’s a hidden town in the woods consisting of 200 buildings: shelters, barracks, 2 airports, a powerstation, a railway station, air-conditioners, water supplies, heat-generating plants and two teleprinters. On July 20, 1944 count Claus Schenk von Stauffenberg made a failed assassination attempt on Adolf Hitler.

Elblag Canal is a unique monument of hydro - floating for the ships thanks to the five ramps and lifts motor-driven water in certain sections of the "flow through the grass," or are pulled on special trolleys. You wont find another tourist attraction like this in Europe or the world, as the existing channels in Belgium and the United States are largely rebuilt.

Capital city of Warmia and Masuria Region. It's the city where Nicolaus Copernicus once lived, there is a fragment of preserved astronomical design which was made by him in the castle . Must see attractions include the castle, market square and walk through narrow streets of the old town.

Ten SPA parlours located on the ground floor, give you a chance to recover, and find harmony of the body and soul. Famous for her outstanding beauty, Saint Catherine left behind recipes for preserving looks and vitality. These ancient recipes for beverages and treatment methods are used during nurturing facial, hand, feet and body care. Grown by the town women for ages lilac, kept in the castle cellars as well as beer recipes and the unusual properties of thermal water are traditional ingredients of these relaxing rituals. You can choose from a number of different spa treatments (at an additional cost) to suit your needs.

Malbork Castle - The Castle of the Teutonic Order in Malbork is the largest castle in the world by surface area, and the largest brick building in Europe. It was built in Prussia by the Teutonic Knights, a German Roman Catholic religious order of crusaders 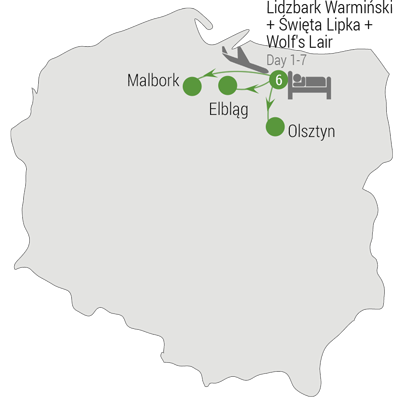